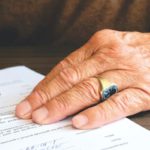 Supreme court decision may enable an employer to rescue a widely drafted restrictive covenant which, prior to the judgment, might have been ruled unenforceable

Owing to two conflicting Court of Appeal decisions, there has previously been some uncertainty as to whether it is possible to remove words from a covenant where wording contained in a restrictive covenant is unenforceable.

The Supreme Court has now ruled that such wording may be “severed” from a covenant, if the effect of severing those words would not create a major change to the rest of the covenants. This rule is subject to there being:

Facts of the case

Ms Tillman resigned from EZ and informed them that she intended to join a competitor in May 2017, which was within the restricted six-month period.

EZ sought an injunction in the High Court, which was granted; Ms Tillman successfully appealed that decision to the Court of Appeal; and EZ then appealed to the Supreme Court.

Ms Tillman had argued throughout that the non-compete clause was too wide and emphasised the fact that the words ‘interested in’ would prevent her from having a minor shareholding in a competing business. (Her employment contract also contained a clause that prevented her from holding ‘or having any interest in’ shares in a competitor during her employment, unless it was no more than 5% as an investment in a publicly quoted company.)

Various arguments were raised throughout the process by EZ.

The view of the Supreme Court was that, although ‘interested in’ did stop Ms Tillman having a minor shareholding in a competitor, those words could be removed without substantially changing the meaning of the rest of the covenants.

This decision is important because it may enable an employer to rescue a widely drafted restrictive covenant which, prior to this judgment, might have been ruled unenforceable – in its entirety – on that basis. However, it will also likely have the effect of creating uncertainty for a departing employee who is unsure as to whether such a covenant in their contract of employment, which on the face of it appears too wide to be enforceable, may nonetheless be binding once whittled down.

This article is provided for general information only and is not intended to be nor should it be relied upon as legal advice in relation to any particular matter. If you would like more information in relation to employment matters including restrictive covenants please contact Richard Berry at richard.berry@burlingtonslegal.com.

PrevAdvisor duties and liability for professional negligence
What should you consider before issuing court proceedings?Next