Refusal to work under the Working Time Regulations 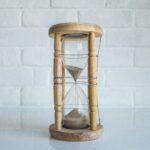 Refusal to work under the Working Time Regulations

The Employment Appeal Tribunal has recently given judgment in an appeal regarding a kitchen porter’s refusal to go along with his employer’s insistence that he work for a client without a rest break, in breach of the Working Time Regulations.

This case is interesting because, it seems that, but for the Employment Tribunal’s inconsistency as to the reason(s) for the employee refusing to return to the client’s site, his employer may have been successful in resisting his appeal.

Facts of the case

The employee in question, Mr Wladyslaw Pazur, was not prepared to work without a statutory rest break, which a client of his employer (where he was working) had sought to impose upon him.

That requirement by the client constituted a breach of the Working Time Regulations. Mr Pazur was later dismissed from his employment and subsequently brought claims for:

The Employment Tribunal focused (correctly) on Mr Pazur’s reason for not returning to work for his employer’s client and whether Mr Pazur had actually refused – or proposed to refuse – to accept the client’s requirement, which his employer expected him to go along with. The relevant parts of the Employment Rights Act 1996 relating to unlawful detriment and automatic unfair dismissal (sections 45A and 101A) require such a refusal.

The Employment Tribunal decided that Mr Pazur had not, however, adduced sufficient evidence about why he was refusing to go back to the client; they found that the reason for his dismissal was not his refusal to go along with the requirement to forego his statutory right to a rest break, but because he refused to attend the client’s site.

Those two claims therefore failed in the Employment Tribunal.

However, the Employment Tribunal also concluded that at least part of the reason for Mr Pazur not returning to work for the client was that he had been required to work in breach of the Working Time Regulations. In finding for Mr Pazur on his wrongful dismissal claim, The Employment Tribunal said at paragraph 65: “When the Claimant then refused to return to client L, it was because he had been refused his break and there was a breakdown in the relationship between the Claimant and the chef.”

Mr Pazur appealed against the dismissal of his unlawful detriment and automatic unfair dismissal claims.

The Employment Appeal Tribunal ruled that the Employment Tribunal’s finding relating to the wrongful dismissal claim raised an inconsistency, as it was clear that there was at least some evidence that Mr Pazur’s refusal to return to the client’s site was (partially) down to his refusal not to abide by the unlawful requirement regarding no rest break.

That was enough for Mr Pazur to succeed on his unlawful detriment claim on appeal, and his automatic unfair dismissal claim was remitted to the Employment Tribunal.

This article is provided for general information only and is not intended to be nor should it be relied upon as legal advice in relation to any particular matter. If you would like more information in relation to employment matters including maternity leave and redundancy protection please contact Richard Berry at richard.berry@burlingtonslegal.com.

PrevWhat should you consider before issuing court proceedings?
Redundancy protection during maternity leave to be extended after return to workNext