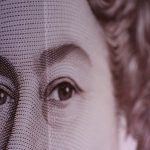 When can a penalty clause in your contract be an own goal?

When negotiating a deal, liquidated damages clauses (clauses which quantify the damages payable for a specific breach) can be a useful tool to ensure a party performs, given that they have the potential to impose a hefty sanction on the defaulting party in the event of a breach. However, great care must be taken to ensure that a liquidated damages clause is not a penalty clause which unfairly penalises one party and risks being unenforceable.

What is a penalty clause?

Under English Law, penalty clauses are unenforceable. For example, clauses which seek to charge an excessively high interest rate on loans or those which require ‘bad leavers’ to relinquish shares for less than their market rate would both be problematic.

The approach of the Courts

This area of litigation is extremely fact specific; a Court’s decision in relation to potential penalty clauses will take into account the commercial context of each individual agreement to help it to determine whether the clause represents a genuine pre-estimate of loss or whether it is an unconscionable sum which should not be enforceable.

In the case of Cavendish Square Holding BV v El Makdessi and ParkingEye Limited v Beavis [2015] UKSC 67 the Supreme Court re-examined the traditional tests used to determine whether clauses were deemed to be penalties. The Court set out that:

“The true test is whether the impugned provision is a secondary obligation which imposes a detriment on the contract-breaker out of all proportion to any legitimate interest of the innocent party in the enforcement of the primary obligation. The innocent party can have no proper interest in simply punishing the defaulter. His interest is in performance or some appropriate alternative to performance.”

This two-limbed test can be applied to a potential penalty clause by assessing if the obligation imposed by the clause is a primary obligation (i.e. an obligation to do something) or secondary (i.e. the clause is only engaged because of a failure to do something). The penalty rule will only be applicable if the obligation is secondary. Next, it is necessary to decide what the nature of that primary provision is; for example, is the purpose of the clause to protect the legitimate interests of the innocent party and is the consequence of the breach imposed proportionate to the loss that the party has suffered?

This test has been applied to cases on multiple occasions since it was outlined in 2015. In Holyoake and another v Candy and others [2017] EWHC 3397 (Ch) the Court found that provisions in the loan and supplemental agreement providing for a redemption sum on early repayment, extension fees and compound interest upon each new agreement were not penalties. They did not bite as a result of a breach of contract, therefore they were primary obligations and not penalties.

Practical tips on how to avoid penalty clauses

In order to satisfy the test set out in Cavendish ensure that:

This article is provided for general information only and is not intended to be nor should it be relied upon as legal advice in relation to any particular matter. If you would like to discuss any aspect of it, or discuss liquidated damages or penalty clauses in general, please contact Claire Sansome at claire.sansome@burlingtonslegal.com.